We saw some really interesting photos of Miya’s online, and eventually bought the Groupon that so many comments mentioned.  It’s $85 (50% off) for dinner with drink pairings for two ($105 on Friday/Sat/Sun), and it looks like over 1000 tickets have been purchased. 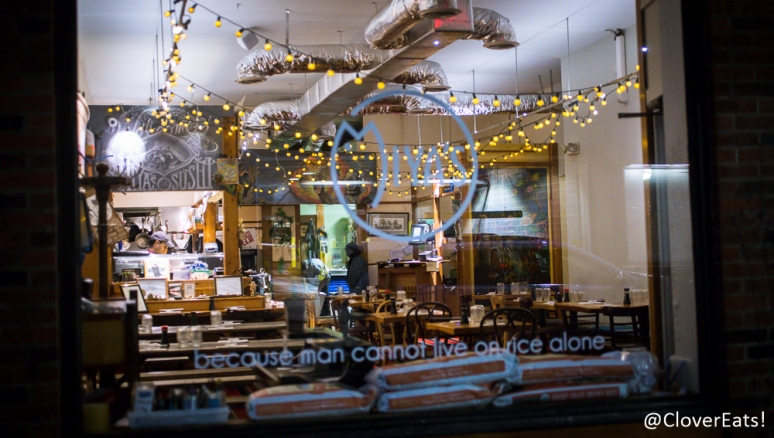 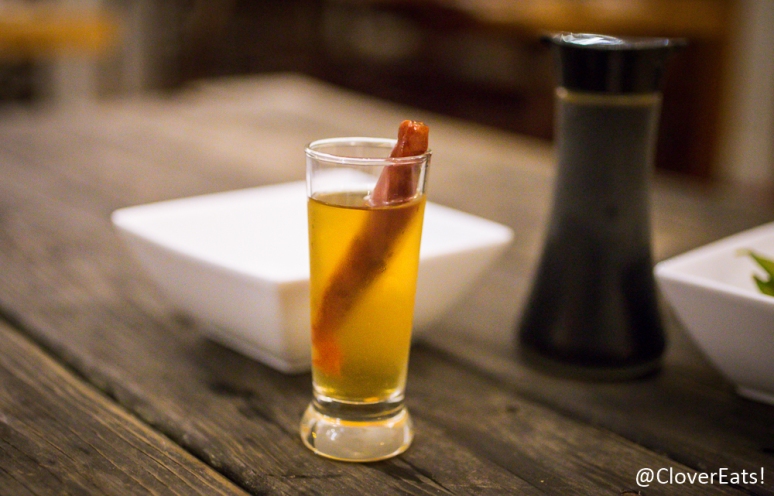 I really like the premise of sustainable sushi, and the bits of creativity scattered throughout the menu. 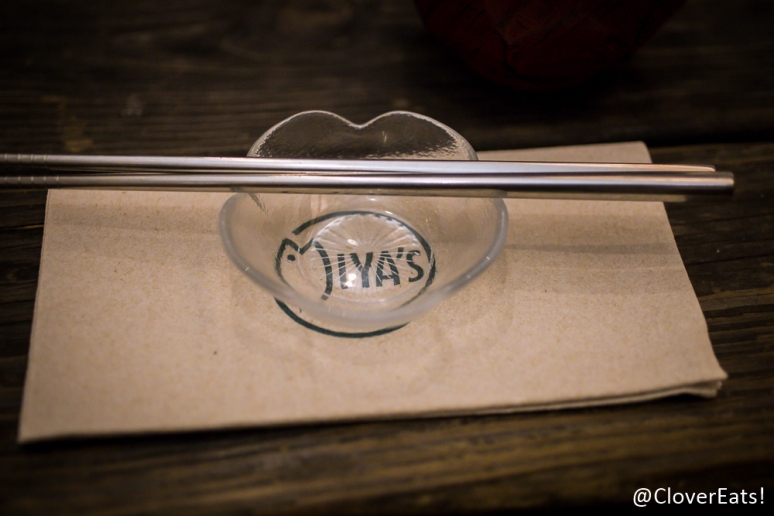 The series of drinks that came with our dinner were delightful.  The Firecracker above was very spicy, but I loved the beer cocktails; they had just the right amount of fizz.

I really thought the appetizers were the strongest part of the meal – the pumpkin/squash miso soup was a welcome change from the plain miso soup we’re all used to, the Tokyo Fro was tasty, the vegan chicken was delicious, and the ramen noodles had fantastic bounce. 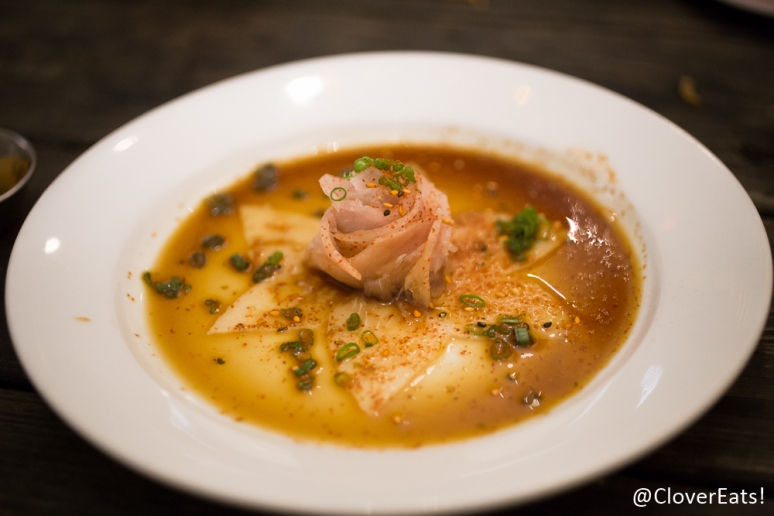 Watermelon beer cocktail! My favorite drink of the night.

While very fun, with interesting ingredients (lots of invasive species, among which was a little mini crab made to be eaten whole), most of the sushi was not really to my taste.  It might have been the rice, or the fact that a lot of the fish was pretty salty, or that some rolls had some major spice going on, but I didn’t really like any of the sushi.  I thought it was fun and adventurous but probably wouldn’t get sushi if I came back. 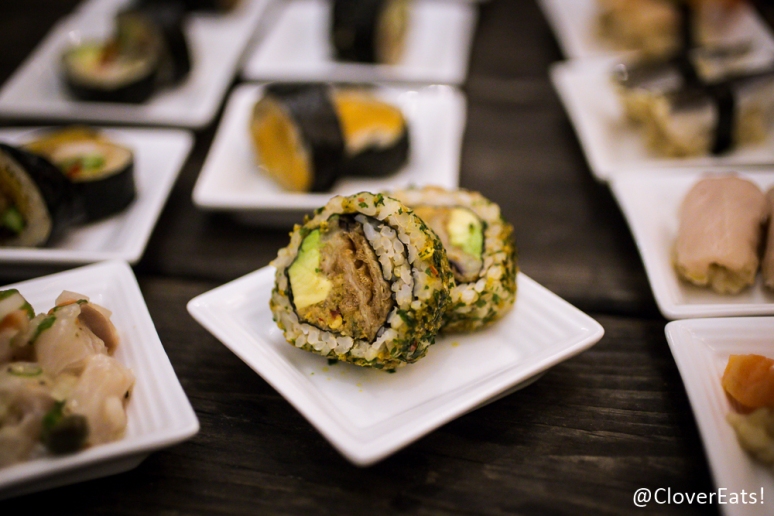 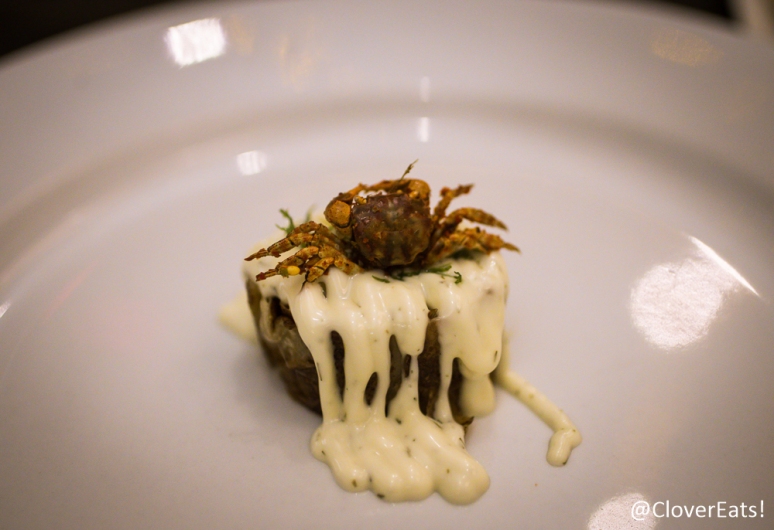 Overall, I thought the service was great – from the guy who took our reservations over the phone and our waiter who kept up to speed on Fred’s water intake, everyone was nice and friendly.  The Groupon deal really came with a lot of food, and while I didn’t love the sushi, I enjoyed everything else and thought it was a fun and adventurous experience. I recommend it!  Check them out on Yelp or at their website!