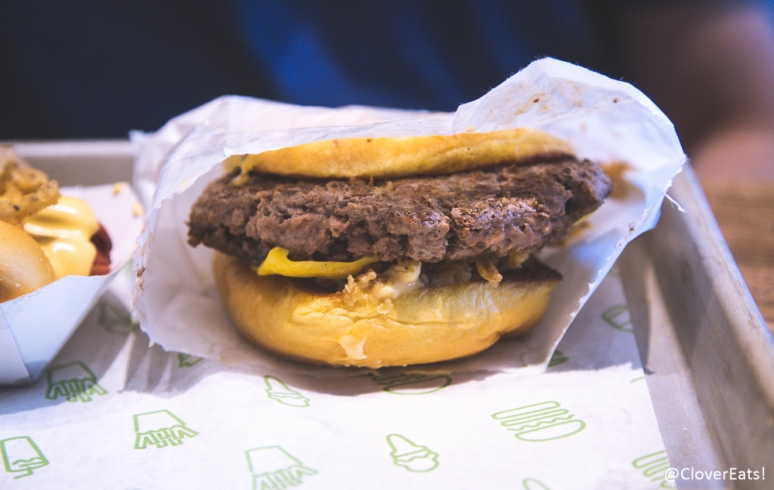 Sometimes you want a burger in a setting more casual than Prime 16 but better than McDonald’s.  Shake Shack fits that space perfectly.  Unfortunately, there are still quite a few things that need to be improved at this location – for one, when ordering the burger, we weren’t told that it would come with literally nothing but a burger and buns.  What about lettuce, tomato, veggies, etc?  It would have been nice if that were clarified.  The patty itself was pretty good, but the burger itself was lacking in toppings.

It’s a really nice space, with giant windows, lots of greenery, great style, and foosball available!  Unfortunately, this burger shop was OUT OF KETCHUP. What. This is absolutely ridiculous, and seemingly impossible. Furthermore, the staff was pretty rude about it, not even apologizing but giving us an angry, “we’re out of ketchup,” no further explanation. 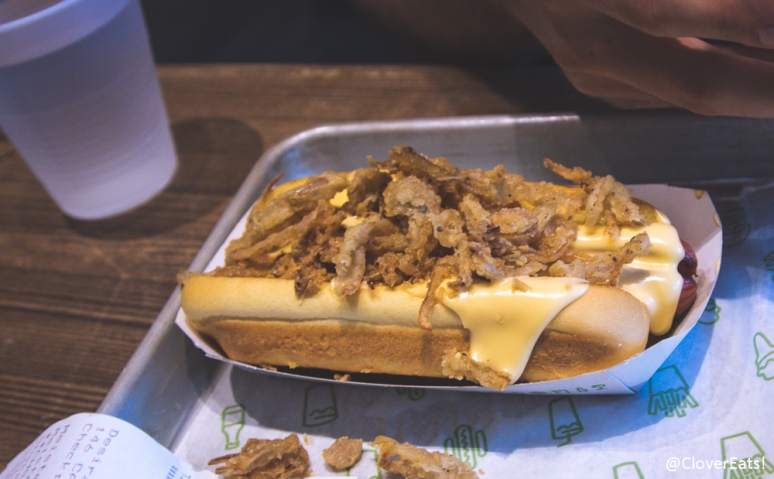 The hotdog was disgusting – pure salt and barely any meat flavor. The cheese fries were similarly bad, with cheese sauce that tasted artificial and had the texture of plastic once it proceeded to congeal. The milkshake was bland, but the cup of plain custard was surprisingly delicious.  I’m intrigued by the Skull & Cones Concrete, vanilla/chocolate custard with ‘shattered sugar cone’ and peanut butter and chocolate truffle cookie dough, which is the only thing I would probably get if I were ever to return. 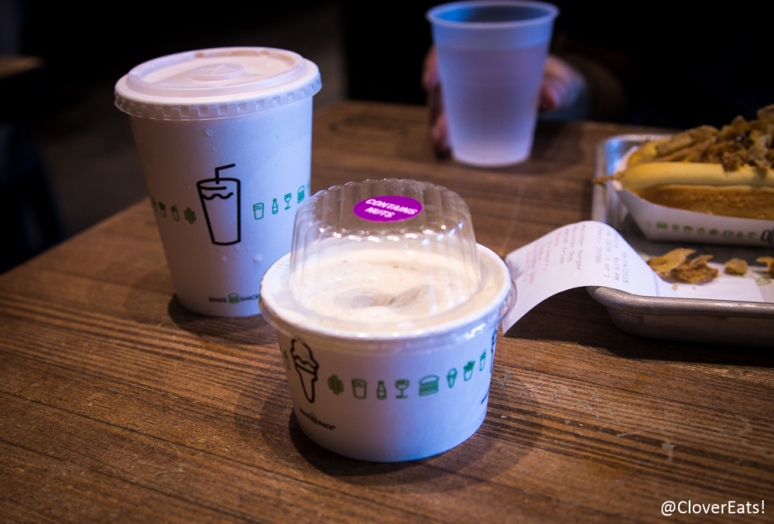 Overall, a nice casual burger with tasty custard in a stylish location but severely lacking in several major areas. Check them out on Yelp or at their website!

One thought on “CloverEats: Shake Shack in New Haven”