My husband loves nice food, so we are trying to eat at all the Michelin restaurants in the New York area.  I am not a particular fan of seafood, but don’t mind it when it is done well, so agreed to grab lunch at Le Bernardin during an NYC stopover.  We showed up early to our noon reservation, but despite that, were rushed through the whole meal, only getting the menu seconds before having our orders taken.  We spent less than an hour for our lunch, and while it speaks to efficiency on the part of the staff and kitchen, it certainly put a damper on our meal.  I was shocked that this restaurant had three Michelin stars.  Our appetizers – okay, entree – meh, dessert was quite nice though.  Overall, really not impressed at all. 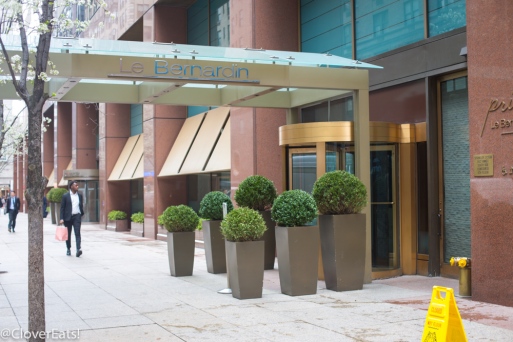 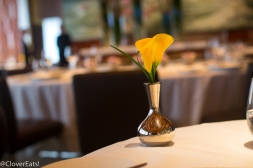 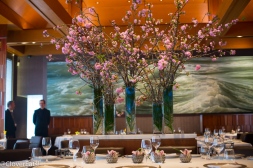 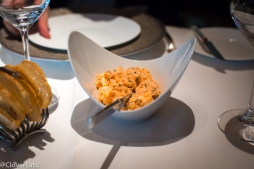 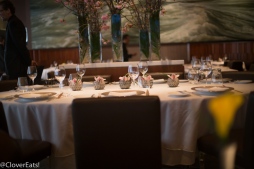 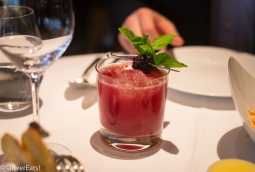 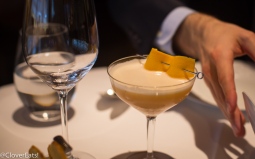 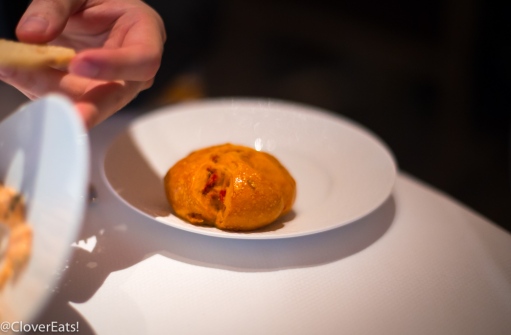 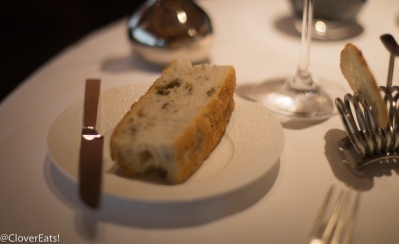 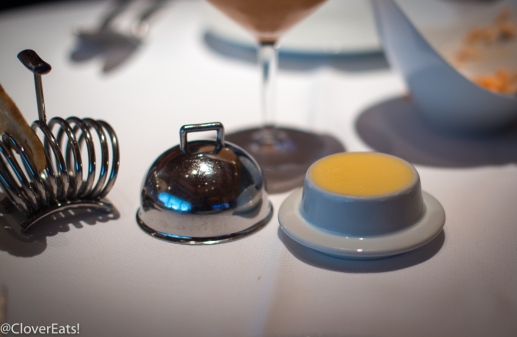 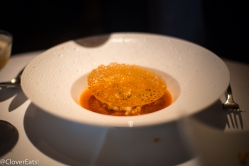 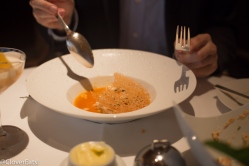 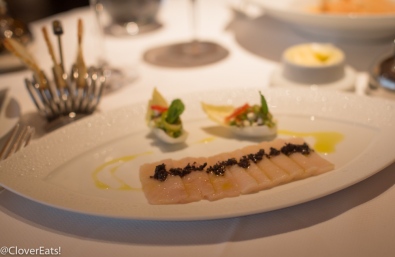 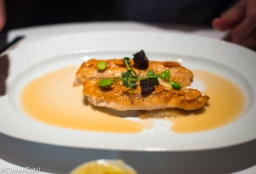 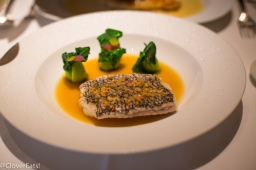 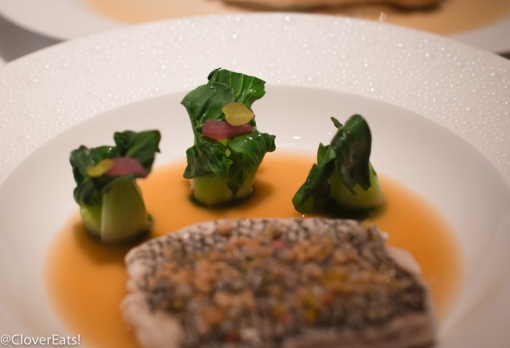 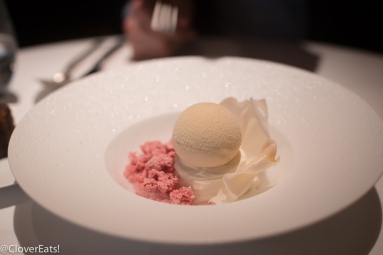 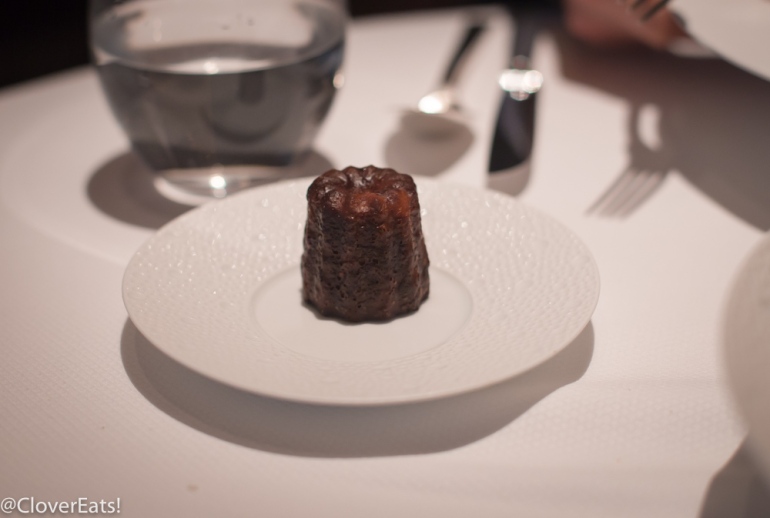 Fred’s review: Their take on crab cake was accompanied by a fragrant shellfish-cardamom sauce reminiscent of a bouillabaisse. The appearance was mesmerizing with a flavor to match – probably the best crab I have eaten. The dover sole was light, flakey, with a crisp skin accentuated by toasted almonds, and a slight tartness from the beurre blanc proved a perfect accompaniment. My dessert featured three separate preparations of strawberry – including a generous topping of freeze-dried bits, making the desert feel larger than a single course although still sticking to a single theme. The bread selection was also particularly impressive, perhaps revamped after the criticism from the latest NYT review – Clover and I both picked just one item (she got a soft slice of rosemary bread, while I had a roll flavored with sundried tomatoes), although I did get a twinge of jealousy when I saw the next table ask for three. I love the breadth and consistency of the menu, with each course clearly featuring a single fish front and center. I would be excited to try some of Eric Ripert’s masterful and innovative preparations of other seafood in the near future.