When Martin and I are in the mood for breakfast, but don’t want the crowded feeling of Fraiche, we head for Noyes Street Cafe.  This is a little European diner that appears to be run by a Greek family; it hosts a nice variety of dishes.  There are so few restaurants along Noyes St., and Noyes Street Cafe is probably the nicest one there. 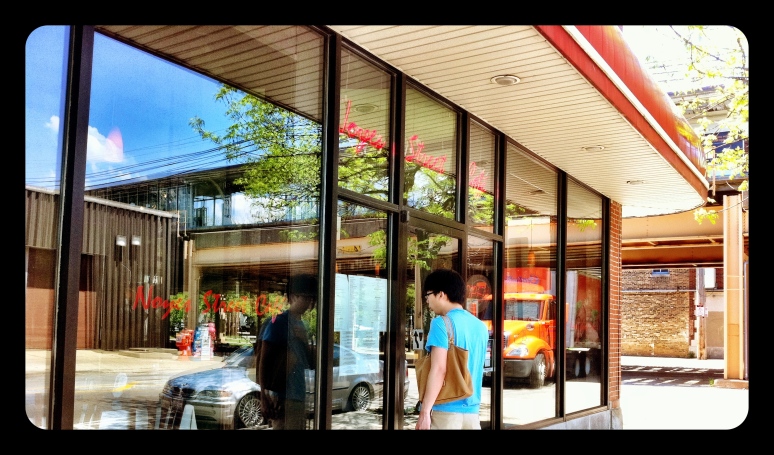 The Experience: Noyes Street Cafe is usually quite empty when we go, although I’ve seen it get crowded on Saturday nights.  There are vintage French advertisements on the brick walls, and it’s a full-service, sit-down type of restaurant.  There’s a small selection of wines, and for brunch on the weekends, they also offer my favorite, mimosa!  The service is quite prompt when it’s not crowded, and not bad even when it is packed.

We had a nice window seat.

The Food: Noyes certainly doesn’t have bad food, per say, but there’s nothing too spectacular about it either.  We ordered omelettes, with toast and pancakes, and I also had a cup of coffee.  The pancakes can’t really compare to say, Walker Brothers, but they were decent, as was the omelette.   The lunch and dinner here are a little better, serving steaks, sandwiches, and pasta, but none of the meals I’ve had here were especially bursting with original flavor.  Nevertheless, it’s one of the only sit-down restaurants on Noyes St., so we end up going to it more often than not. 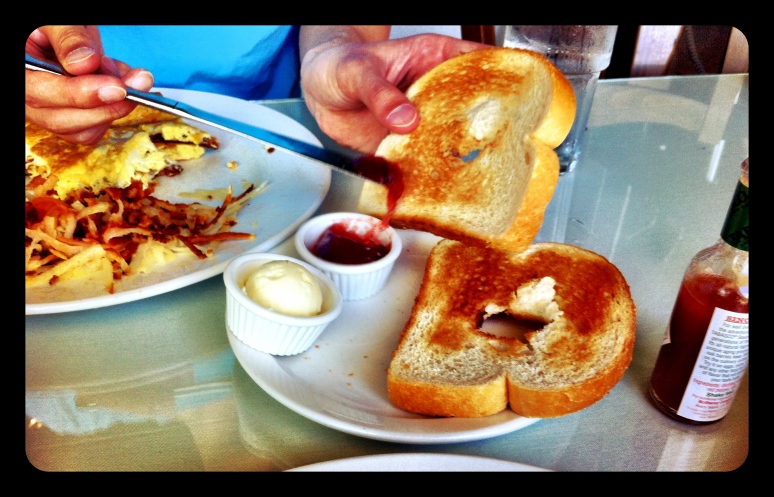 Martin's toast had a hole in it!

Coffee and our Spring Formal tickets.

The Bill: Since it’s a full-service restaurant, Noyes St. is rightfully a little more expensive than its neighbors.  Our brunch bill came to $26, which I thought was a little expensive for the semi-delicious food.  Especially when compared to Mandarin House, a little Chinese/Korean restaurant across the street, which boasts lunch specials less than $10, it’s a little pricey. 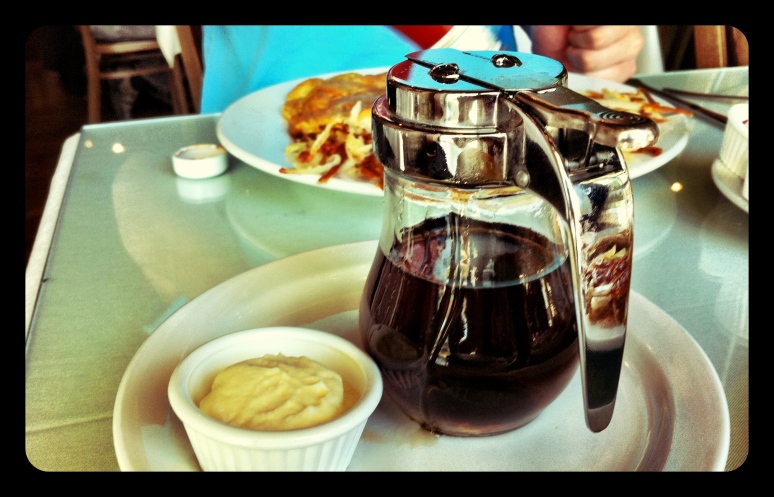 Overall: Noyes Street Cafe is a nice place to sit down, relax, and enjoy a meal.  Just don’t expect anything spectacular, and be prepared to pay up!  Official website; Yelp.