There was a time when I thought Pho was gross.  My friends would spend winter nights craving pho, taking the El up to Argyle for a pho run on Saturday afternoons; when I finally tried pho, I had no idea what the big deal was. 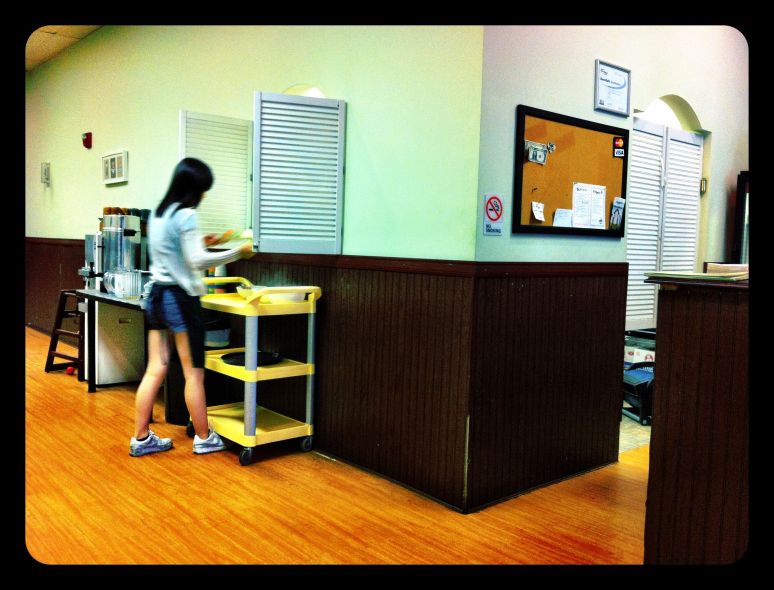 A little window to the kitchen.

Fast forward a few months.  One day, cold, hungry, craving vinegar, my boyfriend and I wandered into a small pho restaurant in the suburbs.  I couldn’t believe how delicious pho suddenly was – the soup was flavorful, the vinegar was tangy, and the meat was filling.  I learned how pho can be loaded up with sauces – hot Sriracha chili sauce, Hoisin sauce, vinegar vinegar vinegar, and all sorts of sprouts!  I love condiments and customizable dishes! 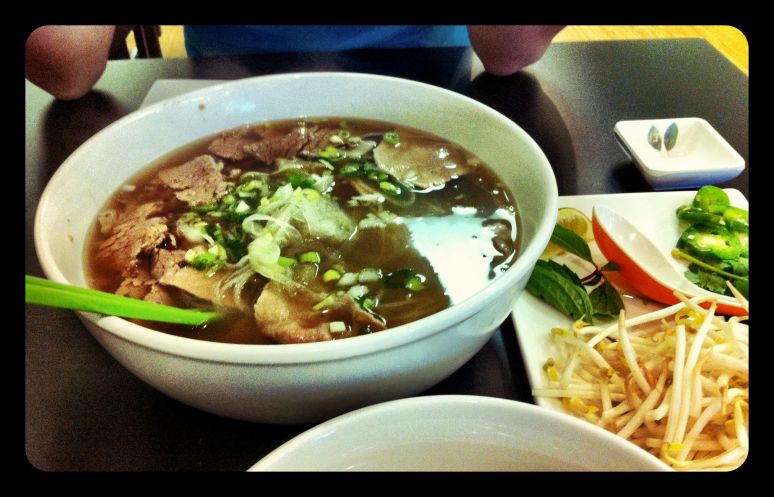 Pho U is by no means Argyle’s Tank Noodle, but it does a good enough job in the suburbs.  The one waitress was attentive, and impressively waited on six tables by herself.  There was even a little playpen at the back of the restaurant for children; McDonald’s, you’ve got competition!

Now, I love pho in a similar way to how I love naemyung – they are like two twins, one hot and meaty, one cold and pickly, both deliciously vinegary.  Pho U has a nice location, and if I’m ever in the area again craving pho, I’m definitely going to hit it up.