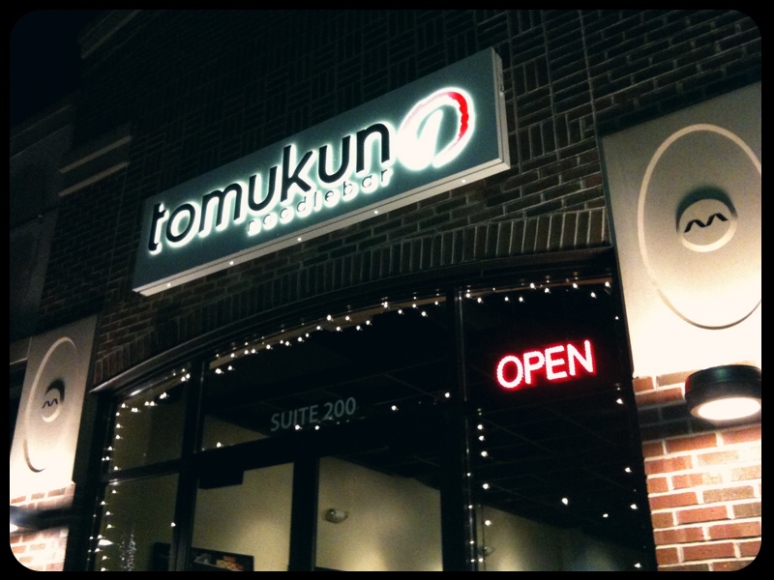 If we keep up this pace, I think Fred and I will have eaten at all of Ann Arbor’s restaurants before M3 year.  We’ve been steadily progressing down State St. and its surrounding roads, and decided on Tomukun for an afterschool snack.

I actually really like sake; I think it’s usually more flavorful than soju (which to me, tastes like sour water).  Our waiter recommended the Nigori Sake, which he described as the best one in the house, so we got a bottle.  It was milky and thick, and quite strong. 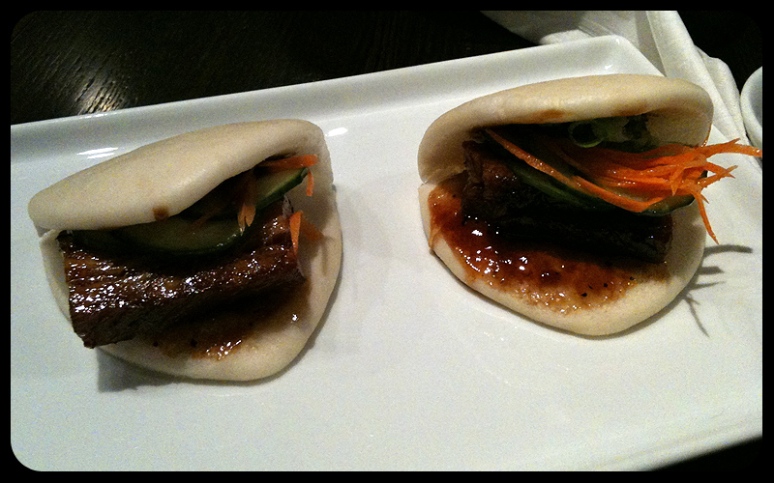 The Yelpers rave about Tomukun’s pork buns, so that’s what we got first.  Yelpers never lie, because these buns were freaking amazing.  The pork was tender and juicy, the sauce was rich and savory.  Deliciousness in one bite!

The noodles were all right, but nothing spectacular.  After the pork buns, the noodles tasted almost dull by comparison.  We also got a bowl of bibimbop, which was mediocre compared to the fantastic mixes that can be found in downtown Chicago.

Overall, I liked Tomukun’s minimal style and pork buns.  Apparently there’s also Happy Hour from 3-6 and after 10PM on weekdays, and they have yogurt-flavored soju!

Check out Tomukun on Yelp, or its Official Website!